As you know, RIC’s main project over the last two years has been working toward the purchase of the theater at 2917 N Holton Street in order to transform it into The Grand Imagination performance space. In addition to investing in and engineering study and initial architectural drawings, we were instrumental in forming and funding 53212 Presents, a non-profit group focused on providing affordable performance space for local community arts groups, including the eventually managing The Grand Imagination.

With our help, 53212 Presents was able to build out a temporary performance space on the second floor above Company Brewing. They kicked off their programming with “I’m a Father under Construction” in June of last year, and until recently, were collaborating with several local theater and community groups on theater, music and dance productions and workshops. Hopefully you were able to attend one of these events and see for yourself the great work they were doing.

Unfortunately, the COVID-19 pandemic has forced all performing arts groups to shut down live performances. 53212 Presents has adapted admirably, evolving its efforts to include more online events and performances.  Most recently they partnered with the Milwaukee Coalition Against Hate on the “Brighter Days” music video, which you can watch here.

With months, if not years, before a safe return to in-person performances, RIC and 53212 Presents  have determined that it is no longer feasible to continue our plans to purchase and renovate the Holton Street building. At our May board meeting it was decided to let the “Exclusive Right to Negotiate a Purchase” we had with the City of Milwaukee regarding the building expire.

With The Grand Imagination project on indefinite hold, the RIC board plans to take the next few months to to clarify and refocus our efforts to positively impact the Riverwest and Harambee neighborhoods. We hope to present potential opens for moving forward to the membership at the annual meeting in October. Until then, if you have any suggestions or would like to get involved, please email the board at riverwestInvest@gmail.com. 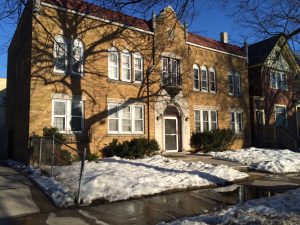